Joyce Kilmer Memorial Forest is part of the Nantahala National Forest, approximately 3,800 acre tract of publicly owned virgin forest in Graham County, NC, near Robbinsville as a living memorial to the writer/poet Joyce Kilmer. Veterans of the Foreign Wars asked the government to set aside a fitting stand of trees to serve as a living memorial to Joyce Kilmer, who was killed in action during World War I. Although Kilmer was both a soldier and a poet, he is most remembered for his poetry about common, beautiful things in nature

One of the largest contiguous tracts of old growth forest in the Eastern United States, the area is administered by the U. S. Forest Service. The memorial is a rare example of old growth cove hardwood forest, a diverse type unique to the Appalachian Mountains. In 1975 the memorial forest was joined with a much larger tract of the Nantahala National Forest to become part of the Joyce Kilmer-Slickrock Wilderness.

Due to a devastating disease of the American chestnut tree that caused a rapid, widespread die-off of the once plentiful tree from its historic range in the Eastern United States, the American chestnut, once the dominant tree of the forest, was affected by the chestnut blight. Although the last of the Kilmer chestnuts had probably died by the late 1930s, their wood is so rot-resistant that remnants of the massive logs and stumps are still visible.

Another more recent loss is that of the giant hemlocks due to an infestation of an exotic insect, the hemlock woolly adelgid. For safety of visitors from a falling limb or tree, Forest Service managers decided to bring down dead trees near the memorial trail in a way they believed would mimic natural blowdown. In November 2010, the Forest Service blew up the trees with explosives, making the lower loop trail much lighter and drier.

The best way to enjoy the impressive memorial forest is by doing the easy 2-mile hike to see the majestic Trees such as Sycamore, Beech, Basswood, Red and White Oaks and Hemlock. Some of the trees are over 400 years old and the oldest Yellow-Poplars are more than 20 ft (6.1 m) in circumference and stand 100 ft (30 m) tall. Aside from the trees there are also other variety of shrubs, vines, ferns, mosses and other plants to see. This popular family hiking destination features an easy two-mile, figure-eight trail and has two loops: the 1-1/4 miles lower loop passes the Joyce Kilmer Memorial plaque, and the upper ¾ mile loop swings through Poplar Cove, a grove of the largest trees.

The trailhead parking area has a flush toilet and picnic tables. No camping or overnight parking is allowed.

The only way to see the impressive memorial forest is on foot. The figure-eight Joyce Kilmer National Recreation Trail covers two miles and has two loops: the 1.25-mile lower loop passes the Joyce Kilmer Memorial plaque, and the upper 0.75-mile loop swings though Popular Cove – a grove of the forest’s largest trees. The trailhead parking area has a flush toilet and picnic tables. No camping or overnight parking is allowed.

Located about 15 miles from Robbinsville. Take Highway 129 North for 1½ miles to the junction with Highway 143 West (Massey Branch Road). Turn left on Highway 143 and travel approx 4 miles to a stop sign/T intersection. Turn right and drive for approx 7.3 miles and bear to the right at the junction of Santeetlah Gap and the Cherohala Skyway. Continue for another 2½ miles to the entrance of the Joyce Kilmer Memorial Forest on your left.

https://moonshiner28.com/
If you want to ride the same roads as the Prohibition Era moonshiners, put the “Moonshiner 28” ru... 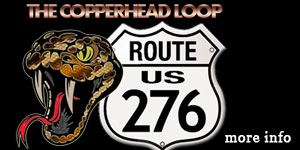 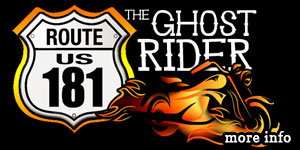 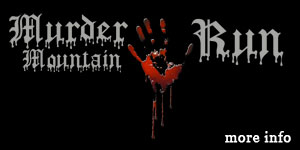 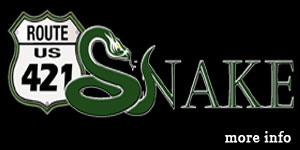 View Our Other Travel Websites